The sensory evaluation of the hams submitted for the 2018 Alimentos de España Best Ham Award took place on 14, 15 and 16 November in Monells in the categories of “Serrano Ham and Other Varieties of Recognised Quality” and “100% Iberian Acorn-fed Ham or Iberian Acorn-fed Ham”.

The IRTA took part in conjunction with the Ministry in the reception of the hams at its facilities in Monells (Girona) and the assurance of their traceability at all times, as well as in the design and coordination of the tasting sessions. Thus, the Ministry of Agriculture, Fisheries and Food and the IRTA defined the attributes of their descriptive profiles and definitions.

The sensory evaluation was divided into two stages: one to select the five best hams (on 13 and 14 November) and a final to choose the best ham in each category. During the selection stage, one panel of experts evaluated the Serrano Ham samples, and another the Iberian Ham samples. In the final stage, the ten expert tasters evaluated the ten finalists. The meeting of the award jury to decide on the winning ham in each category is still to be held. This meeting is expected to take place in early December. Dr M. Dolors Guàrdia from the Food Technology Programme was the technical coordinator of the tasting sessions and Dr Jacint Arnau, from the same programme, was the head of the panel in the category of “Serrano Ham and Other Varieties of Recognised Quality” . The rest of the team which took part in the sensory evaluation was made up of professionals with extensive experience in the processing of cured ham and the evaluation of its sensory properties.

With this award, the Ministry of Agriculture, Fisheries and Food, in its role of promoting Spanish agri-food products, intends to publicise high-quality cured ham and improve its image and position in the market. This is the second time that the IRTA has taken part in the award, which has been held every two years since 2016.

Image gallery from the evaluation of the samples: 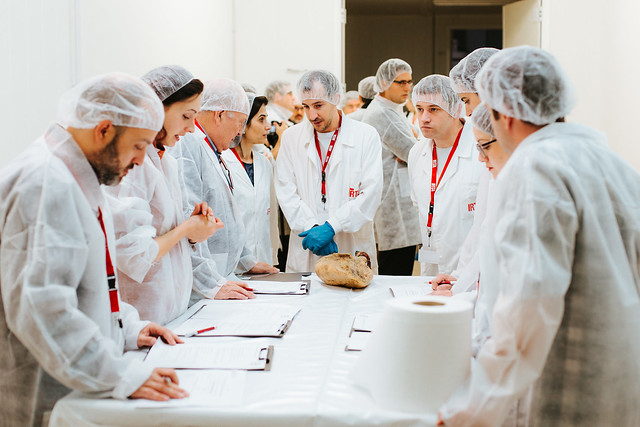