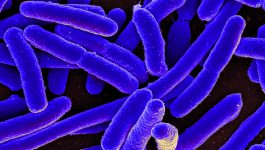 Antibiotic resistance can be transmitted from animals to humans 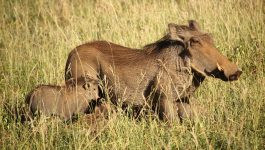 The IRTA will advise the Spanish Agency for Consumer Affairs, Food Safety and Nutrition in the area of animal welfare

The Spanish Agency for Consumer Affairs, Food Safety and Nutrition (AECOSAN in its Spanish initials), and IRTA have ratified the agreement signed in 2013 whereby they collaborate with one other in the exchange of scientific information, with the purpose of providing support to the competent authorities in matters of animal welfare.
AECOSAN’s function is to obtain independent scientific information on the protection of animals at the moment of slaughter with regard to the authorisation of abattoirs, supplying information on materials and facilities and providing guidance on good practices, among other matters. The agreement signed on 30 May establishes that queries regarding animal welfare received by the agency will be channelled to IRTA so that the latter can reply to them.
The IRTA’s advice provides technical and scientific information and guidance on best practices, which AECOSAN undertakes to share with the Spanish authorities and its counterparts from the European Commission.
This agreement seeks to improve the information available for decision-making and policy development while facilitating the creation of new knowledge in a field of particular interest for livestock production.
The IRTA has a research group specialising in animal welfare which works on farms and on issues related to transport and slaughter. Antoni Velarde, the head of the programme, is a member of several international bodies, including the EFSA (European Food Safety Authority), the European platform on animal welfare, DGSANTE (Directorate-General for Health and Food Safety) and the OIE -World Organization for Animal Health. The animal welfare group has also been responsible, together with Spanish Association for Standardisation and Certification (AENOR in its Spanish initials), for developing a pioneering animal welfare certificate in Europe.